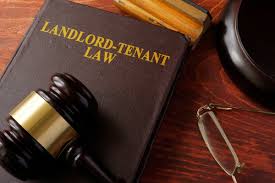 Landlord Fined Again….”No regard’ for the Safety of Tenants

A Landlord has been fined again for Fire Safety breaches, serial offender, landlord Jack Collins, has been fined £20,000 after being found guilty of failing to protect the safety of his tenants in ten of his properties.

He was prosecuted by Leeds City Council and appeared at the local Magistrate’s court, charged with a wide variety of charges related to the ‘disgraceful state’ of his rental properties in the Beeston area.

Among a number of offences, Mr Collins was found guilty of  yet again failing Fire Safety, breaches such as failing to maintain a working fire alarm system; failure to ensure a means of escape was kept clear; and failing to keep a proper escape route in good order for his tenants in the case of an emergency situation.

The Landlord fined again for fire and safety breaches was fined £14,000 in February last year for similar offences in relation to two other properties under his ownership.

The Magistrates Panel said: “Mr Collins, you own 10 properties, your business is in housing people and it is quite clear and apparent you are deficient in this role and business.”

He told the court that he had been unhappy with the quality of work from some of his contractors and felt he had to do the work himself, but due to suffering ill health was unable to carry out the works.