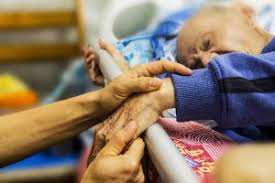 By Paul Hughes | Uncategorized | No Comments

Stapley Care Home based in Liverpool have been fined and ordered to pay for a range of fire safety offences.

Several breaches in Fire Safety had put both staff and residents at risk of serious injury or death.

“This care home has approximately 70 residents, some suffering dementia and needing significant support”.

He added ” from 2011 onwards, several inspections of the premises have been conducted and it is clear Stapely Care Home were aware of their duties under the fire safety order.”

The 2018 inspection found the care home had failed to maintain the Fire Alarm system and to a satisfactory standard.

Combustible materials had not been removed and fire doors inadequate, missing the appropriate Fire Safety strips and seals.

It was suggested that a fire could have spread very quickly within the property due to insufficient means of raising an alarm. This allowing the rapid spread of smoke and fire  putting vunerable staff and Residence in significant danger.

Those in charge were also accused of failing to ensure the premises were subject to a suitable Fire Alarm system and maintenance.

Despite District Judge Shaw acknowledging the severity of the offences and ‘risk of harm including death’, as the care home is run by a charitable organisations a very large fine would have a detrimental impact on service users, therfore the fine was set at £6,000.

Following on from this case, Merseyside Fire And Rescue (MFRS) will be conducting a new fire safety campaign targeting all care homes across Merseyside.

For all your Fire Safety requirements please click here.

By Paul Hughes | Uncategorized | No Comments

Nick Pace, executive member for housing and community at the council, commented that  “This is one of the largest fines we have seen for this type of offence”

After the Landlord informed Council Inspectors in 2017  that the plans for the property were for it to be either sold or let.  A later Council Officer Inspection of the property in early July 2018 found it being used as a HMO, housing five seperate Tenants. The Estate Agent fined have refused to comment.

Council Officers inspecting the poroperty found it to be in breach of inadequate:

Furher breaches included no fire blankets, poor lighting and inadequate window handles in any of the communal areas and occupied Tenant bedrooms.

A later inspection of the property in late July 2018 found ‘no work had been carried out to improve’ any of the breaches previously found.

On top of the £45,000 fine, the Estate Agent were further ordered to pay nearly £5,000 in court fees and an additional victim surcharges.

Nick Pace added, “the fine indicates the seriousness of this case and sends out a clear message, that we do not compromise the safety of tenants.”